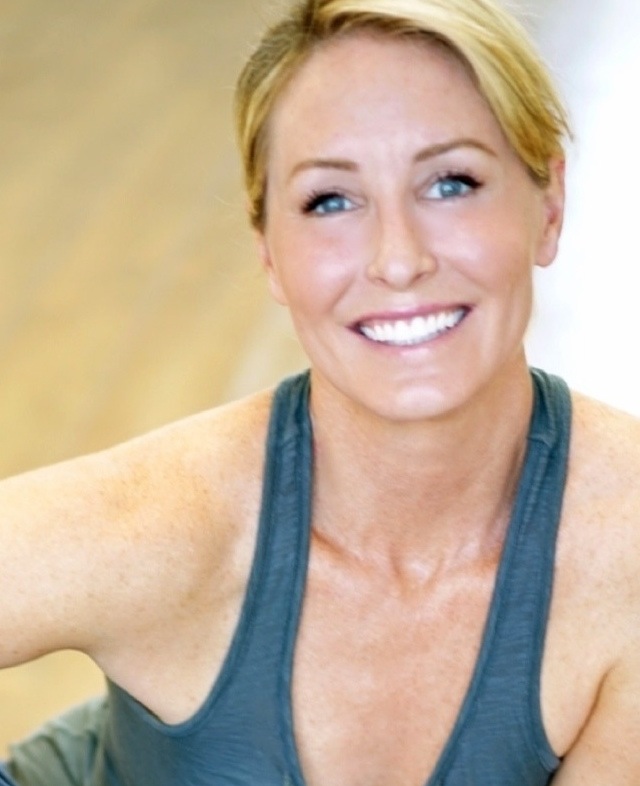 Mary Strong is the founder of The Green Yogi, an eco-chic power yoga studio, with its original locations in Manhattan Beach and Berkeley California. Her studios have won multiple “Best Yoga Studio” awards for their highly-skilled instructor team and transformative yoga classes. She is respected and beloved for her powerful yoga teaching, compelling students to integrate yoga into the realities of daily life. Strong is also a broadcast journalist and former professional athlete. She has worked for various television Networks such as NBC, CNN, Fox Sports and NFL Network throughout her 17-year broadcasting career and is considered one of the first women in sports broadcasting.

Strong’s extensive journalistic experience has garnered her an Edward R. Morrow Award for her work in continuous LIVE news coverage both as a field reporter and was nominated for an Emmy as the host of the Fox Sports Net show Dig and the Directv Sports Mix.

Throughout her broadcasting career, Strong taught yoga as a way to give back to her community. In early 2009, after a deep meditation, she had a powerful vision that she owned a yoga studio called The Green Yogi, and parlayed that vision into reality. Strong was voted “Top 20 yoga instructors in Los Angeles” and won 9 "Best Yoga Studio" awards. She was also a yoga ambassador for lululemon and developed a line of candles called, Simply Om, which currently supports more than 7 global charities.

Strong was a NCAA Division I scholarship volleyball player at Loyola Marymount University, played professionally on the AVP pro-beach volleyball tour, ranking top 20, and was recently inducted into the Notre Dame High School Hall of Fame for her outstanding achievements in volleyball. Strong used yoga to heal injuries as an athlete and can attest to the physical and mental benefits of the practice. She has helped other professional athletes improve their game through yoga and believes it’s benefits go far beyond the mat. Her approach to teaching integrates her high-level achievements in athletics and business with the powerful yogic principles of mind over body, “Often times we think that physically showing up is enough, but your mind must be fully present or you’re only operating at half capacity. In order to consistently achieve the highest level at anything you do, you must train your mind to operate in the now. That’s how athletes win championships, and more importantly, how to make what appears to be impossible, possible.”

In this class I address 3 of my favorite parts of the practice...hips, core and balance. I also define how to find the spiritual connection within your yoga practice. How do you connect to spirit? Take this class!

What is a Vinyasa?

You hear the word Vinyasa in class a lot. But how do you do it properly and what does it mean? Watch this quick tip to find out.

What is the different between cobra and updog? How is the alignment different and which one should I choose in class? Watch this quick tip to find out.